Why Christie Is Passionate About Working in Family Law

Christie is passionate about working in family law – divorce and custody law – because nothing is more important to your social, emotional, spiritual, physical, and financial success than having in a healthy long-term romantic relationship and being able to regularly spend adequate time with your children.  Who you partner with is the most important decision that you will make because that person could improve your life or nearly destroy it!

Why Choose To Work With Christie Instead of an Attorney?

Working with Christie of ChristieLegal instead of an attorney might be a good choice for your divorce and/or custody case because family law matters are more likely to be resolved with less conflict and cost and the result of the case is more likely to be effective long-term when the parties work together to resolve a case, instead of lawyering up.

1 of the goals of working with Christie is to reduce conflict between the parties compared to each party lawyering up.  Christie will work to help folks understand the family laws and reach agreements on all of the issues that must be decided to resolve the case.  She won’t advocate for either party.  Therefore, her work creates less negativity and shortens the case process down to an average of 3 months.

Another goal of working with Christie to resolve your divorce and/or custody case is to produce an agreement that’s more likely to be effective long-term.   When parties reach agreements, they’re more effective because they know their family’s situation better than an attorney or judge does.  In addition, the parties will be much more likely to buy into agreements that they reached versuses a judge’s decisions that were forced upon them since they were the creators of the agreements, so they had skin in the game.  This is a beautiful thing because the parties will be less likely to end up filing motions in court every year or few years because 1 or both of the parties isn’t following the Judgment and Decree for Dissolution of Marriage or Custody Order.  Cha ching!  Do you want to be trapped in endless divorce and/or custody case litigation or save lots of $?!

The last goal of working with Christie to resolve your family law case is to save you thousands to tens of thousands of $s!  I charge 2/3 less than the average attorney!  In addition, I give a 20% discount to my heroes – military folks, law enforcement and corrections officers, firefighters, EMTs, teachers, social workers, psychologists, and veterans of those careers – and moderate income folks.  I spent most of my childhood as a Navy Brat.  I’ve worked as a corrections officer and teacher.

Why Christie Is Qualified to Work in Family Law 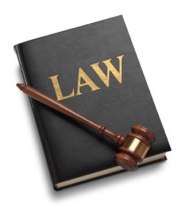 Professional Associations and Groups that Christie Belongs To

“I highly recommend Christie L. Thompson, paralegal, as a highly skilled family law professional.  Christie was a godsend in assisting my ex-husband and I to achieve an amicable, inexpensive, and speedy divorce.  Her meticulous work on our divorce petition was deemed impeccable by the judge, which meant we did not need to set a court date since our divorce was accepted on the first proposal.  I am very grateful for her ability to bring a calm resolution at a difficult time.”  – Deborah Cavitt, St. Paul, on http://www.linkedin.com/in/christielthompson in July 2014

“After 8 years, my ex-wife and I made the difficult decision to finally get a divorce.  My ex-wife was looking into lawyers that were asking for $4,000 up front, and I hadn’t even begun looking.  Since my wife and I were nearly on the same page in dividing our assets, I suggested that we use Christie as a paralegal.  Not only did we save nearly $10,000 dollars and months of fighting using Christie, but she also guided us through all the steps necessary to get to the end point as quickly and easily as possible.  Christie articulated exactly what we would need to decide and brought up things that we hadn’t even thought of.  When we submitted the divorce documents, there were no issues and the divorce process was quick.  Using Christie is will save you thousands of dollars and headaches, and you won’t regret it.”  – Joe G., Minneapolis, in April 2016

“Christie was wonderful. A kind and supportive professional that will guide you through one of the harder experiences in life. I have recommended her to others already.”              – Colin A., S. St. Paul, on http://www.yelp.com in August 2016

“My ex and I worked with Christie to write our divorce decree in 2015. It was a difficult time but she made it less painful. She was prompt, fair, has personal and professional experience, and did a healthy amount of questioning to be sure my ex and I knew what we wanted. This is the way to go if you don’t want to get lawyers involved and is definitely more affordable.”  – Amy Anderson, Minneapolis, on http://www.facebook/ChristieLegalMN/reviews in August 2017

“Christie worked with me through this most difficult process. She explained everything and made this whole thing less painful to me. I would recommend Christie to anyone who goes through this.”  – Mary Mann, Cottage Grove, on http://www.facebook/ChristieLegalMN/reviews in June 2018

“Christie came highly recommended to me by a very well respected attorney.  She assisted me in becoming familiar with the timing regarding the  filing of divorce documents, so that I could clearly make the next steps.  She really knows her stuff!  Her knowledge and experience makes her a reliable paralegal.  Christie is also helpful in a competent and compassionate way.  She went above and beyond and I wouldn’t hesitate to recommend Christie to someone else who’s looking for a fantastic family law paralegal.”  – Paul Jeannotte, Minneapolis, on http://www.linkedin.com/in/christielthompson in November 2015

“Christie is professional, thorough and overall great at what she does. I am thankful that we were able to use Christie as the process was respectful and collaborative. Our documents were in order quickly and Christie’s pricing was very reasonable.” – Talley Flora, Edina, on www.facebook/ChristieLegalMN/reviews in  June 2018

“Christie helped me A LOT with my twin daughters.  Very affordable AND professional!  I recommend her to all single parents!” – Herman Abrams, on www.facebook/ChristieLegalMN/reviews in July 2017

How To Obtain Family Law Mediator and Paralegal Services from ChristieLegal

1.  Schedule a free initial consultation using ChristieLegal’s Calendly online scheduling tool at     .  (Please click on the line to go to to the website.)  Thank you.

3.  Provide Christie with a signed Contract, down payment, and case type-specific Questionnaire that’s completed to the best of 1 or both of your ability(ies).